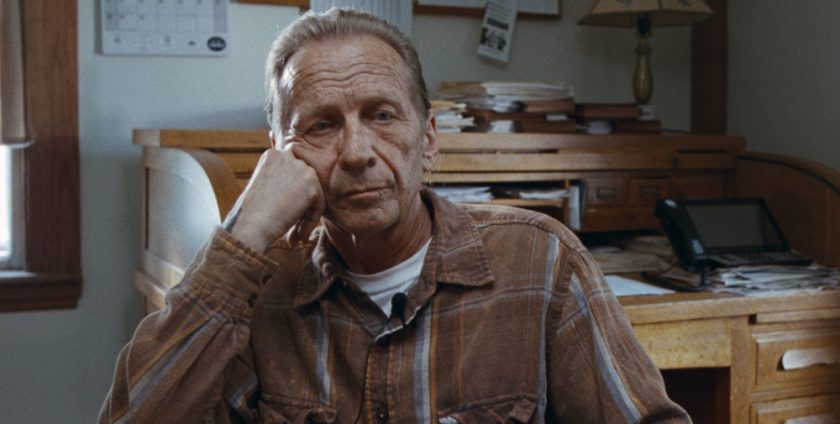 “Sound of Metal” director Darius Marder made a series of “crazy” decisions with his first film, including casting Paul Raci in a key role — and shooting chronologically.

Marder insisted on shooting the film in sequence. “It’s especially difficult with your first feature. You look crazy,” but the decision was due to his empathy for the acting process. Actors’ needs are often a low priority during production, “but I wanted a film shoot that was all about the actors. If it was harder for the producers and the crew, I just thought, ‘Deal with it people, it’s about the performances.’ I fought for it and I’m glad I did.”

It took six years for the financing to come together. “When I said I wanted to make a film with the deaf community, nobody was jumping up and down with excitement to finance it. Plus, Hollywood waits for you to get one of four actors on the planet so you can make a movie like this.”

Agents and money people proposed star names for the role of Joe, the counselor at a deaf rehab center, but “this is someone who has to be from deaf culture,” so Marder turned down suggested stars. “That was a crazy thing to do. I got very lucky finding Paul.”

Raci has been an actor for 40 years, a day-player in small film/TV roles and working onstage in places such as Deaf West Theatre. He is hearing, but a child of deaf adults. So like the character of Joe, he had one foot in the hearing world, one foot in the deaf community, is a Vietnam vet and has worked as a counselor.

Raci was nervous on his first day of filming, but says things fell into place when they shot the scene of Ruben coming to the rehab center. “My learning curve ended the minute I sat down with Riz,” says Raci. “He is such an intense actor that everything I needed to become Joe was right there, with Darius in the background as a calm and loving presence.”

In a joint conversation, Marder tells Raci he has a slightly different take. “When you say Riz gave all you needed, you do what all great actors do: You react. You describe it as simple, but that’s because you have a gift: You listen, you react in a deep way, that’s why you’re an extraordinary actor.”

Raci and Ahmed have three long scenes together, which are the core of the movie, which is currently streaming on Amazon. The chronological shooting paid off in many ways, including the final scene between Joe and Ruben.

Raci says, “In the last scene, we were saying goodbye to each other as characters but also as actors, as friends.” There is a sadness and caring in the scene that can’t be faked, with two lifetimes of emotions captured in a few minutes.

Marder says, “When I was writing the character of Joe, I had a ‘flow state,’ where you feel like you’re channeling something that’s true. But I didn’t know I would find an actor who would live that character in a way that was transcendent.”

The filmmaker tells Raci, “People are feeling the amount of veracity you bring to the screen, and amount of heart you’re willing to share. It was a brave thing entering into this role; I am happy and I’m not surprised.”

The actor returns the admiration: “I’ve been doing this for a long time and the opportunity to do something like this — it’s the blessing of my life.”