‘Feeling Through’ Helmer Interfaced With DeafBlind Actor and Audience 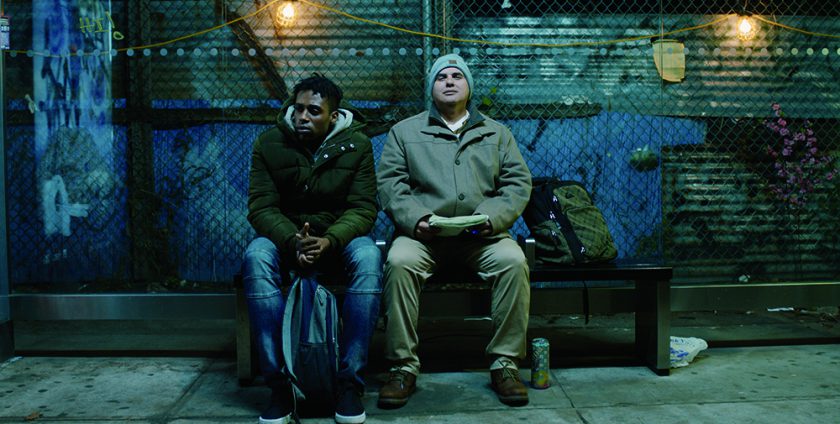 Innovation can take many forms and sometimes it comes not from technology but technique. Nowhere was that more evident than during production and screenings of the Oscar-nominated short “Feeling Through.”

Writer-director Doug Roland fictionalized his real-life encounter with a member of the deafblind community for the project.

Newcomer and deafblind actor Robert Tarango played Artie. As there’s a broad spectrum of accessibility within the population, multiple methods of communication were used during production based on his needs.

Visual sign language interpreters used the ASL that’s typically associated with the deaf community when lighting conditions allowed Tarango to see them. The production also employed a tactile sign language interpreter who signed directly into Tarango’s hands so he could feel the words when he couldn’t see them. They also used haptics, a series of taps, to communicate specific details.

It was of utmost importance that the community depicted be able to experience the film. Working with the Helen Keller Center, invitations to more than two dozen in-person and virtual screenings were issued, along with a questionnaire so attendees could define their particular accessibility needs in advance.

The result was a deafblind audience that got to experience a movie for the first time. Using resources including 1:1 tactile and visual ASL interpreters, audio descriptions, and large open captions on screen, everyone experienced “Feeling Through” in a personal way.

While there weren’t specific high-tech components that led to the film or screenings’ success, it was the openness to accommodation that made all the difference.

“There’s an actual paradigm shift that happens in your understanding of what it means to experience a film,” says Roland of participating in the accessible screenings. “There’s before that event and after it, and I’ll never think of experiencing a film the same again.”