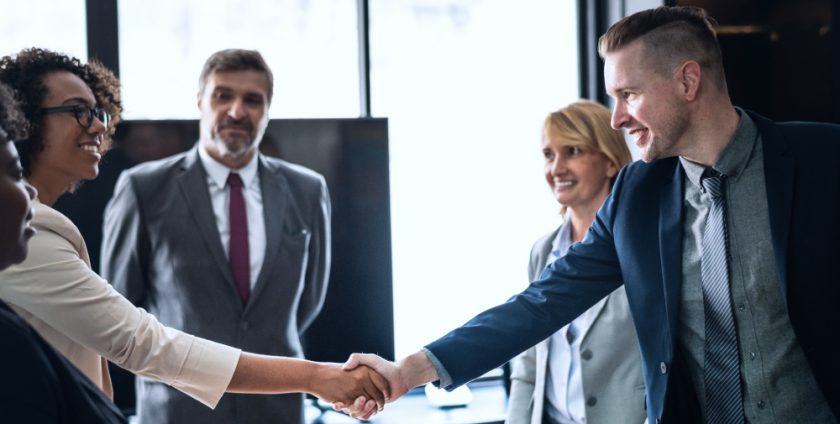 Meaningful employment is a critical part of your well-being: it ensures financial stability and offers purpose in life outside the CAF. Finding a second career is therefore an important step in your transition.

The transition into life after service can be difficult for many Veterans. You may find that securing a new career is particularly challenging, since many military trades do not directly correspond to a job outside the Canadian Armed Forces (CAF). Meaningful employment is a critical part of your well-being: it ensures financial stability and offers purpose in life outside the CAF. Finding a second career is therefore an important step in your transition.

One possible avenue is entrepreneurship. Military service sets up Veterans for success as entrepreneurs. But you should take several steps before opening a business. Firstly, identify what motivates you and how a business could fulfill your interests. Secondly, consider how to translate your military skills to a civilian and business context. Lastly, apply those skills to that context and adapt to the challenges that can accompany the civilian workforce.

Take a look at these Veteran entrepreneurs and learn from their experiences.

Kevin Labonté joined the Canadian Armed Forces (CAF) in 2002 as an infantry soldier. He actively pursued additional training and completed a college diploma in electrical engineering. He progressed to the position of Electronic-Optronic Technician. He deployed twice: to Afghanistan in 2009 and Haiti the year after. He served in the CAF for more than 15 years and released in 2017 when his doctor became concerned about a shoulder injury he sustained during service.

Kevin began actively looking for work after his doctor advised him to leave the CAF. His military trade did not translate well to the civilian workforce, so he needed to plan for a new career. Seeing many friends experience complications when buying property sparked an old interest in real estate. He decided to try his hand at home inspections. He got his inspection credentials and opened up Inspec-Thor, a company that provides inspection services throughout Quebec.

The Army was fundamental to Kevin’s business success. While serving, he learned to organize his schedule, to work ceaselessly, to manage budgets and—most importantly—to be a leader for his team. He recently hired his first employee, so that leadership has come in handy.

That is not to say that everything was easy. When Kevin released from the military, he hoped that he would be able to spend more time with his family. In the CAF, he would work as many hours as his commanding officer asked him to, even if that left him only a few hours to sleep. In his career as an entrepreneur, there were no limits on Kevin’s working hours. He had to learn to stop and prioritize his well-being and his family.

Dream big. Don’t limit yourself. Find your motivation for your business and let that drive you. Show your customers they can trust you. Build a strong team and work hard together.

Jeff Alpaugh joined the Canadian Armed Forces (CAF) as an infantry officer in 2009. He was promoted to the position of platoon commander and served in Edmonton before moving to the Infantry School in Fredericton. In Fredericton, Jeff began to teach courses to train other infantry officers. Jeff has been working at headquarters since 2017. He coordinates the school’s activities and plans events.

A passion for fashion

As a university student, Jeff had been clueless about what to wear to interviews. He sought out some expertise and, in the process, ending up working for men’s fashion companies. This experience blossomed into a passion for menswear. Instead of delving into the fashion industry, however, his attention was drawn elsewhere. After repeatedly hearing about the conflict in Afghanistan in the news, Jeff joined the military to do what he felt was his patriotic duty. But years later, he knew that it was time to indulge his passion. After he broke his ankle, the CAF paid for him to complete a distance-education program at Queen’s University. He earned a Master’s degree in Management, Innovation and Entrepreneurship and felt ready to take a risk. He opened Jeff Alpaugh Custom, a bespoke dress shirt company that allows customers to design their own shirts.

Network of Veterans cheering him on

Jeff still serves in the CAF. For the past three years, he has been working on his business in the evenings and weekends. He will release in 2019 to focus all his attention on his store. Since opening his business, he has been amazed by the outpouring of support from the Veteran community. In fact, his biggest source of business remains Veterans and serving members. His military training set him up for success in a different way, too. Before joining the CAF, Jeff had always struggled to concentrate. But the military trained him to focus, plan and prioritize. He attributes the success of his business to this ability—along with the drive to work as hard as necessary.

Working in the business world has not been without challenges. In the CAF, Jeff knew he could trust his team and the people around him. Outside the military, he found that not everyone was so worthy of his confidence. After several people took advantage of his trusting nature, Jeff became more defensive. He also struggled to alter his own tone. Civilians are not always accustomed to the direct way in which serving members and Veterans speak.

Talk to your chain of command if you are thinking of starting a business. You could get a role within the CAF that is less intense and allows you to start your business slowly. Find out if your business can succeed before you leave the military community and the stability that comes with it.

Angela Ayre joined the Canadian Armed Forces (CAF) in 2001 straight out of high school. She had always wanted to be a nurse, so she decided to join the CAF as a medic. But in 2010, Angela had an accident that resulted in some physical limitations. She could no longer meet the requirements to be a nurse, so she became a finance clerk for the CAF in Vancouver for a few years. She medically released in 2015.

Angela turned to Veterans Affairs Canada for financial and vocational support. She needed flexibility from a new career because her injuries would not allow her to keep up with a regular work schedule. Wondering if being her own boss could give her the lifestyle she needed, she started to think about the possibility of opening a business.

Rekindling an old love for aesthetics

Angela had always loved hair and makeup. In the Forces, she would get together with the other women in her unit to do their hair before going out for an evening. It was only natural that her new business would incorporate her lifelong passion. So Angela opened up Angel Arts, a mobile hair and makeup salon.

A confident and inquisitive attitude

Angela attributes her success so far to the military mindset. In the military, her commanding officer pushed her to do what she thought was impossible. It gave her confidence and taught her that she could overcome obstacles. She uses this attitude every day in her work. It drives her to continue expanding her business. It taught her that she should never put a limit on what she can learn.

Adapting to a flexible routine

Angela encountered challenges in her work. Being her own boss was a big change from the regimented and structured schedule she experienced in the CAF. All of a sudden, she found herself in charge of every single decision, without a team to back her up. But she embraced the flexibility. She could decide how full her schedule would be, when she should pull back her working pace, and when to take control.

Never stop learning. Every day is an opportunity to improve yourself and make your business better. Find what drives you and learn everything you can.

Are you a prospective entrepreneur? If you are thinking about starting a business, look into the Education and Training Benefit. Through this program, Veterans Affairs Canada offers funding to Veterans to attend a post-secondary program or a professional development course. If you need any business skills before venturing into entrepreneurship, this benefit could set you on the right track to achieve your goals.